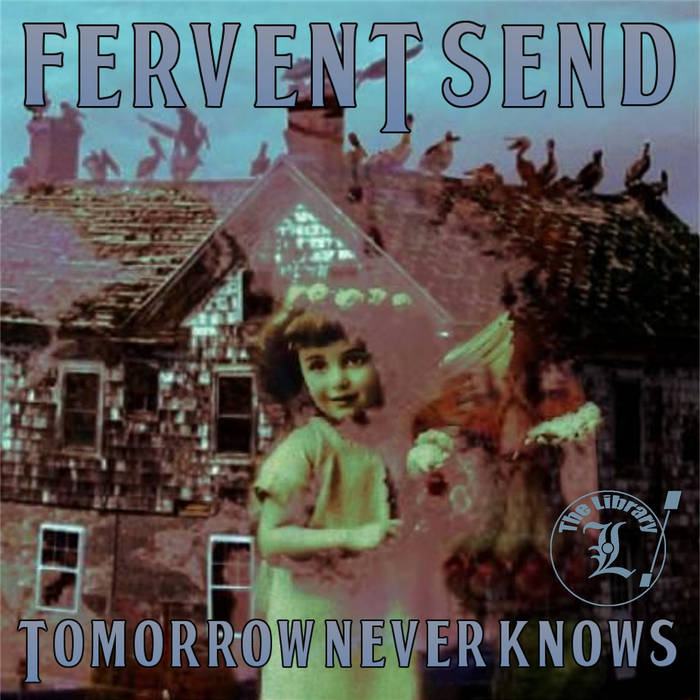 Tomorrow Never Knows is the perfect choice for a Fervent Send cover song. Experimental and psychedelic, Tomorrow Never Knows was groundbreaking in it’s use of tape loops, reverse guitar solo (although Rain was first) and close mic’d, compressed drums. In the Beatles oeuvre, it marked the end of one era and the beginning of the next.

The recording process was unorthodox, even by Fervent Send standards. An arrangement similar to the Beatles version was created at ESL using canned drums and a sitar drone, but taken at a slightly slower tempo...

Loops were recorded and played with real and virtual instruments (mellotron, flute, horns). The loops were treated with tape effects and labeled Gulls, Spaz, Spaz 2, Cirkus, Orchestra Horn, and Plasma Flute. To create the guitar solo, I reversed the original recording to hear what George Harrison played before George Martin reversed it. I mimicked it with electric flute and then reversed it. This was initially a placeholder that was replaced by Myriam Martian’s guitar, but if you listen closely, you’ll hear it in the final mix. As an afterthought, an intro was improvised using cello and a tape loop over sitar.

Myriam Martian tracked next. She played a clean e-bow track, using the occasional minor 3rd dissonance and other interesting touches. Finally, she added a guitar solo of her own, played through tape effects for speed and direction. She also brought a small gadget into the studio that created a tuned drone tambura sound, which sounded great when doubled with my sitar. We stuck a Ribbon Mic on the box and ran it throughout the entire track. For Martian’s vocals, we took her clean vocal track and ran it through a delay pedal. You can hear the self oscillation occurring toward the end of the song. During final mixing, a hint of modulation was added to Myriam’s main vocals.

Next to go was the drum track, done in 1 take by Trey McLamb. Trey used a smaller set for this session. It had 3 cymbals, 2 toms, kick and snare. Drum recording was a breeze. A healthy dose of parallel compression was used to tighten them up and they were bussed to a chamber reverb for a big room sound. Trey sat in and provided input into the drum mix. The results are fantastic.

After Trey, Jon provided a bass track and included a great melody layer that is heard over the 16 bar instrumental and outro sections. Some final studio tweaks were made in post production, like the tape wobbles and reversed drums that show up on the fade...

Working on this song was like a dream that I didn’t want to end. Everyone who touched it was enchanted by it. I hope it has the same effect on the listener as it did on the contributors.

Bandcamp Daily  your guide to the world of Bandcamp

Featured sounds from Fly Lo and Ahmed Idris, plus Mother Nature hops on to drop off new project